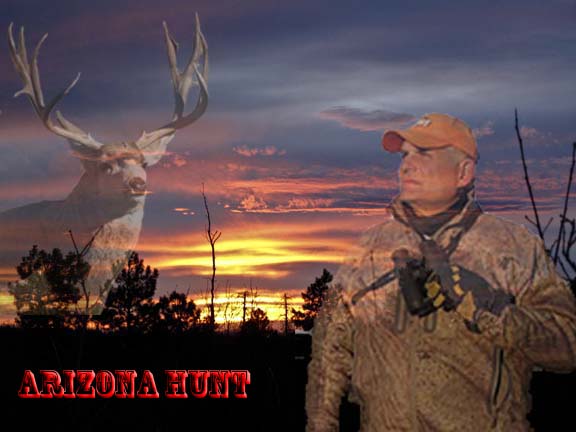 It’s been a couple months since I did a blog. I often wonder if anyone really reads them. Let me know if you enjoy these.

I didn’t connect down in Arizona while hunting mule deer. In fact, I only found two 170-class bucks with the biggest one a 29” wide in the high 180’s. I was holding off for a 190 plus B&C gross buck. I did see a lot of small four-point and forked horns harvested, and one buck that was maybe 180 with a 30” outside spread. The hunt was D-I-Y and I went right up to the last hour of the season. 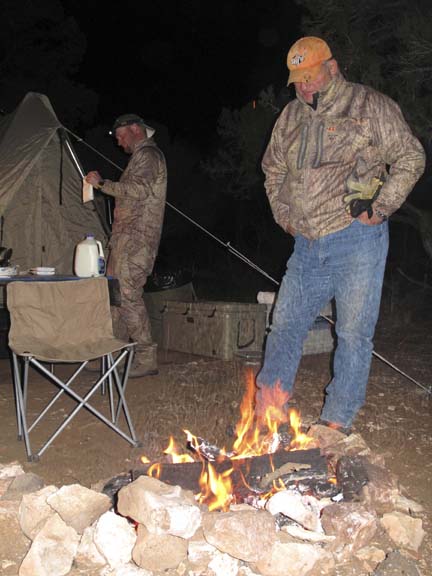 The second to the last day it snowed a bit and I figured those old bucks would come out and rut, but only smaller bucks wondered out of the brush. We camped out in tents and the weather wasn’t too bad. We had Thanksgiving dinner by the campfire and Nate Simmons, our Video Production Manager and Research Editor of EBJ, cooked a turkey dinner by headlamp. That’s hunting!

All in all, I did have excellent success by taking two trophy bucks this fall, one in Wyoming and a 190-plus buck from Colorado. See my last blog for photos.

On the home front, our snow level is 30” behind at the house. This makes for lousy sledding, but we’re hoping February will show us more of the white stuff. Of course, the wolves are all round the place and I see tracks every morning. Those two Bull Moose are back this winter and doing well. With the lack of snow, the moose are having a better time keeping away from the wolves. The winter has also been warm with only a week or two in the 20 below range. Lately, it’s been in the 40’s up here and I told Bertie, my wife, the grizzlies would be coming out soon. I know with this warm weather they are thinking it’s time to start moving around.

It looks like I’m going to have a knee replacement the 1st of April. A real April Fools Deal. I’m waiting until the March Steelhead fishing is over. This year is the best steelhead fishing of the century. The counts are the highest in modern history! With the new knee, I’ll be going back into the high country to do some backpacking for mule deer in my high country holes. I have come up with some lightweight gear for us older guys who want to keep on hunting for trophy big game.

After this fall of hunting antelope I got some great feedback from hunters who used the tactics in my book to take some good trophies. The book went into its second printing after only 90 days! Must be a lot of hunters pursuing trophy buck antelope. If you’re interested in a book on D-I-Y big antelope bucks, go to eastmans.com to grab a copy.

So far the winter has been good to the antelope herds and if it keeps up, the little guys will be out in full force next fall. However if we get heavy spring storms, it can still wipe out the old aged trophy bucks. So cross your fingers for a mild spring out in the plains.

I’m in the middle of creating my own personal website. It will have all my big game photos for sell, plus several posters and note cards. I will be including a video clip once a month on a hunting tip. I’ll also post more information on some of my hunting picks for units. Of course, it will be linked to the Eastmans’ site, so you can access it from there, too. I will let everyone know when it comes on line.

I will try to do better updating my blog in 2010, but I just don’t know how many hunters really read it. I’ll let you know how I do on the South Fork of the Clearwater for those hard fighting steelheads. Catch you in a few weeks. Mike Eastman