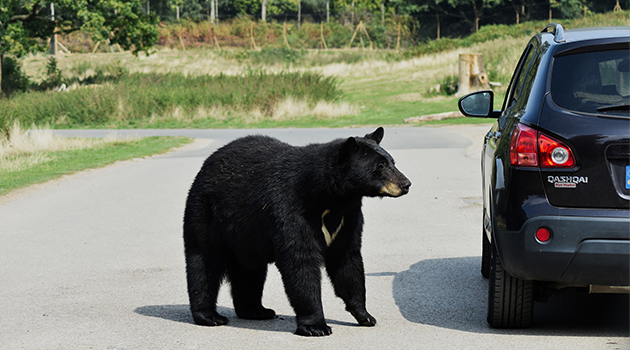 Unfortunately there’s been a second bear induced fatality already this spring and it WAS NOT a grizzly! Black bear attacks on humans are very rare but a Durango, Colorado woman was indeed preyed upon by a sow black bear and her two yearling cubs. The woman’s body was found by her boyfriend after she’d been missing for the better part of last Friday, 4/30 and it is believed that she was walking her dogs when the encounter with the sow and cubs occurred.

The bears were killed and a necropsy was performed on them to determine if they were indeed the perpetrators. The results of the necropsy confirmed that the bears did have human remains in their digestive systems. It is not clear at this time if the woman was mauled, killed and then fed upon by the trio of black bears or if something else befell her and the bears consumed parts of her body but the consensus I’m gathering is that the three bears did maul and kill this poor lady.

This is yet another grim reminder that bears of all sub-species are wild, dangerous animals and you need to take precautions when recreating in all bear country, not just grizzly territory. I know that I have a tendency to be dismissive of black bears and I’m betting I’m not alone. This unfortunate circumstance is a stark reminder of just what Ursus Americanus is capable of and that we need to respect them as much as their notorious cousins, the grizzly bear.

Bear country protocols include; carrying bear spray, perhaps a firearm, making noise, and trying not to be alone.