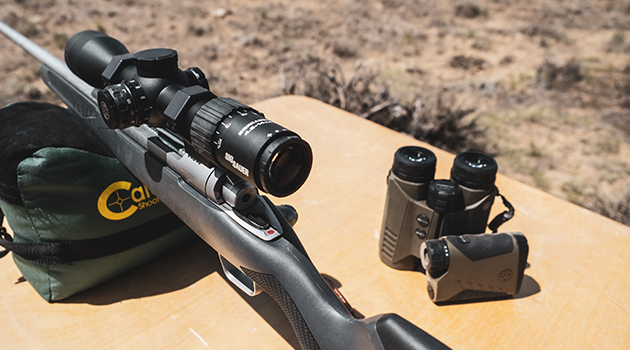 Outdoor Life recently posted an article that said, “According to an update on the Boone & Crockett Club’s Eligibility Statement, which took effect Dec. 1, 2021, the use of “sights with built-in electronic range-finding capabilities” and “technology that delivers real-time location data (including photos) to target or guide a hunter to any animal” are now considered violations of the club’s revered code of ethical conduct. Hunters who enter animals for consideration in the Boone and Crockett Records of North American Big Game must sign an affidavit swearing that they have not relied on these technologies, just as they testify that they have not violated other tenants of fair chase, including chasing game with motorized equipment, hunting inside high fences, drugging animals, or violating local game laws.”

It’s hard to govern ethics and I don’t envy the job that the Boone & Crockett Club has when trying to determine what is fair chase and what isn’t. It may seem easy to us today on where to draw the line, but I often wonder how far we would draw the line if we lived 100 years ago. The technology and cool hunting gear we get to use now, and even were able to use 30 years ago, would’ve seemed less than sporting to many that have come before us.

I’m not sure I understand the logic of not allowing rifle scopes with rangefinders. If rangefinders are legal, who cares where they are encased (in the riflescope, in the binocular, in a small handheld unit, etc.)? I do understand the reasoning behind not allowing transmitting trail cameras to be used during the season.  I have no problem with them when scouting, but during the season it is a bit too much in my opinion.

Therein lies the problem, though – in my opinion. We all have differences in opinion on many topics related to hunting ethics, yet there does need to be someone or some group regulating what is and what isn’t fair chase so that we all have a consistent standard. Otherwise, as it says in the book of Judges, “all the people did whatever seemed right in their own eyes”.

Any thoughts on this recently updated position of the Boone & Crockett Club? Leave your comments below.