Accuracy on the range or in competition means the difference between hurt pride and lost money or a big smile and a fat check. These stakes are low in comparison to making a poor shot in the field, hunting big game. A steel plate, if hit poorly, isn’t going to crawl off and suffer until a brutal death overcomes it at the claws and fangs of some predator if it’s lucky or infection and rot if otherwise. We owe it to the animals we hunt to be the best marksmen and women we can possibly be and that means mastering our hunting rifles and the fundamentals of shooting accurately from field positions. This also means using support aides such as shooting sticks, bipods, backpacks, trees and limbs, even rocks or your own body to steady your aim and ensure a clean kill.

It is my opinion that if you cannot put at least 8 of 10 rounds into an area half the size of your target animal’s vital zone at a given distance then you aren’t proficient enough to pursue that animal to that distance or beyond.

For example, if I can put 9 of 10 fired rounds into a 5” circle at 400 yards from the prone position and 5” is roughly half the size of a mule deer buck’s vital zone, I’m good to go for that animal at that distance. However, if I’m only 6 of 10 on that same or a larger target at 500 I don’t have any business shooting at a muley buck at 500 yards or beyond. I’m just not comfortable with only a 60% lethality rate for hunting and quite honestly, I don’t think you should be either.

Now that we’ve covered accuracy standards and being intentional about your practice it’s time to dive into the five most widely utilized field shooting positions and discuss some fundamentals for each one. Again, these are my opinions and there are many different ways to employ each of these positions, the important thing is not that you have textbook form for each position but that you can quickly, easily and accurately shoot from each or as many as you can master.

Note: I’ve listed the field shooting positions in order of most stable to least stable. I’m also assuming the use of support aides such as sticks or bipods as the entire point here is to be as stable as possible.

Prone – The prone position is the single most accurate shooting position available to hunters. It provides the shooter with a solid, multiple points of contact position and helps the hunter lock in on a target.

What do I mean by “multiple points of contact?” Simple, the more contact points your rifle has with solid surfaces the more stable it should be and therefore the more accurate it should be. In the case of the prone position the rifle should be supported under the butt of the stock by the shooter’s off hand, a shooting bag, rolled up jacket, backpack, water bottle, rock… you get the idea, just about any object can be used for rear support as long as it’s solid. The front support or second point of contact can be many different objects as well but the more stable this is the better and that’s why I prefer a bipod. A bipod multiplies my front contact points by two (one point for each leg) and transfers that multiplied stability into the rifle at the connection point on the foregrip. However, a backpack works well for the front point of contact in the prone positions too and you should practice with both.

The prone position is more than simply laying on the ground behind your rifle and torching off rounds. To be done correctly it is important to be as flat on the ground as possible. If you can keep your legs straight and flat go for it, if like me, this is a tad challenging, crooking a leg up toward an elbow will help get you flatter and more supported. Also, in hunting scenarios it may not be feasible to lay perfectly flat due to the terrain. Just remember, the goal is to get that rifle as steady as possible and getting prone with front and rear support is your best bet for consistent accuracy at longer distances.

Sitting – The sitting position is perhaps the easiest position for mobility challenged shooters to achieve accuracy from. When done correctly this position mimics the stability of a solid benchrest.

Again, we are striving for multiple points of contact to help support the rifle. A tall bipod or set of shooting sticks work well for seated shooting but don’t forget the rear support. If using shooting sticks, set the fore grip of the rifle into the sticks using your non-trigger hand to support the front of the sticks under the foregrip. There is room for preference here as it seems everyone does this a bit differently, again the goal is stability.

I use my backpack most frequently for a rear shooting support when seated. I get my front support settled and then tuck the pack in under the butt of the rifle, wedging it into my body with my arm. If a pack isn’t available I’ll use my non-trigger hand (off hand) to support the butt of the rifle making sure my off-elbow is in firm contact with my off knee. If I can also lean into a tree or rock I will do that as well giving me up to four points of contact and providing an incredibly stable shooting platform.

Both the sitting and kneeling positions are useful for shooting at steep angles or when brush/grass is tall and the shots are on the long side.

Kneeling – This position is without doubt one of the quickest shooting positions to achieve and is enormously useful for the hunter. Again, a tall bipod or shooting sticks take the stability of this position to the next level and should be used.

Simply drop to one knee, the knee touching the ground should be the same one as your trigger or “on” hand. The off knee should be bent at a 45 and used to help support the off elbow while the foregrip of the rifle rests in the crotch of the shooting sticks. If using a bipod bring the off hand back to help support the butt of the rifle while the off elbow rests on the off knee.

Clear as mud? No worries, we’ve made a highly detailed field shooting positions YouTube video to show you exactly how to master each of these positions.

Standing – Today’s shooting aides have transformed the standing position from a highly inaccurate, low percentage position to a viable and highly useful option. Not long ago, tall and wobbly shooting sticks were about the only option for rifle support in the standing position. Not anymore… many companies offer clamp style or integral rail systems that allow a rifle to be securely and steadily supported by optics tripods. I love this option as it allows me to have multiple uses for my optics tripod.

This is a highly useful position when hunting country with tall brush or grass where shots tend to be close.

Freehand – While some folks would question my sanity for including the good old free hand position I feel this is not only a useful hunting position but one that all too many people neglect. True, my own accuracy capabilities with this position limit me to only using it at close range but when you need to deploy your rifle quickly this position is the king and you need to be practicing it.

I don’t try to hold my crosshairs steady on my target when shooting freehand but instead try to get them to hover on the desired point of impact as I squeeze the trigger like the plunger on a ball point pen. I also engage my target from underneath, moving the crosshairs or sight up through the target to the intended point of impact.

Like the standing position, freehand target engagement is highly useful for hunting at close ranges and in dense cover.

Conclusion or Sidebar (Designer’s Choice) – Now that we’ve been through each of these shooting positions it’s time for us to get to the range to sharpen that shooting eye. Some final thoughts on all of this… 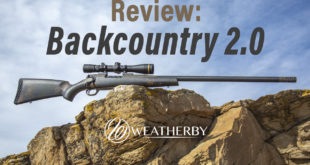