Trending Posts
Home / General / Sell Your Soul For A Buck???

Sell Your Soul For A Buck??? 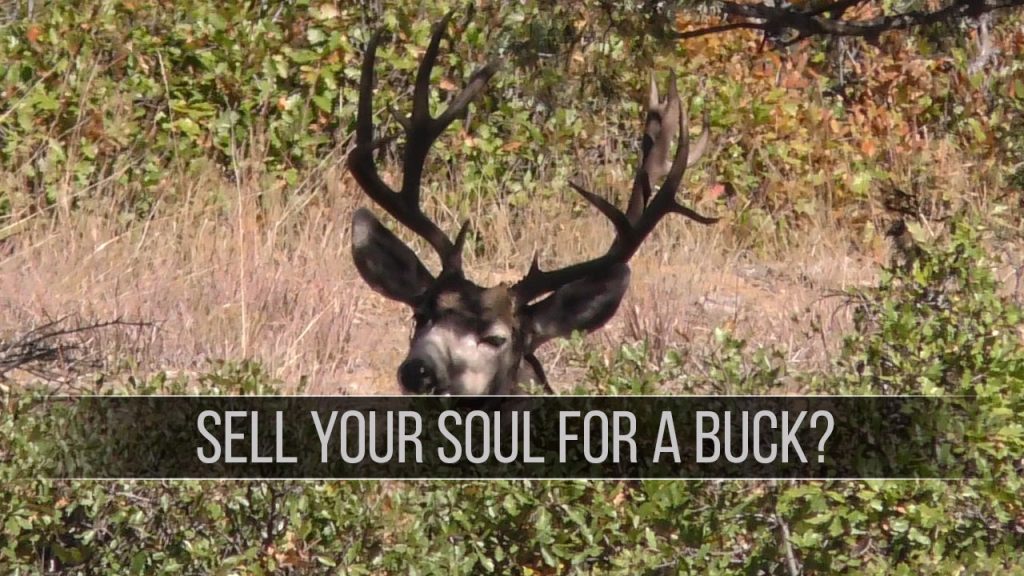 A new bill proposed may make it illegal to sell the coordinates of an animal that you locate during the hunting season. A bill recently passed out of the Wyoming House Travel, Recreation, Wildlife and Cultural Resources Committee would ban just that. Jim Allen, State Representative for District #33, chairs the committee.

Allen, who works as an outfitter and rancher, was quoted by KCWY 13 saying, “We thought by our vote that it was an unfair advantage given to some hunters and not others, and so we’ll see what the bill does when it gets to the budget session in February, but right now we passed the bill out of committee that prohibits that practice.”

The bill defines “location information” as either GPS coordinates or a map, drawing, illustration, or another document which shows the animal’s location.

The bill would not apply to licensed outfitting or professional guide services. It would also not apply to governmental agencies who were performing lawful duties.

The punishment for a violation of the proposed statute could include up to a $10,000 fine and one year in state prison.

KCWY also quoted WGFD Chief Warden Brian Nesvik as explaining, “Folks are spending quite a bit of time scouting for big trophy class animals in remote areas, and then taking the locations of those animals and selling services to people, helping them to find those animals during the hunting season.”

Locating mature mule deer on public land is an intensive process that few will ever truly master. Purchasing GPS coordinates of a big buck might sound like an appealing option to those who don’t have the time or patience to develop their scouting and glassing skills. A mature mule deer buck tends to have a small summer and fall home range, so purchasing the coordinates for a big buck could vastly increase a hunters chances of success.

However, making trophy animals into a commodity to be bought and sold certainly leaves a bad taste in the mouth of many hunters. Even further, it furthers the anti-hunting narrative that hunters are only concerned with giants racks. In truth, almost all hunters do it for the challenge, the quality time spent with friends, for the awe inspiring feeling of time spent in the wilderness, and to feed our families.

What do you guys think? Is Wyoming on the right track with this law? Let me know in the comments.

Schuyler was born and raised in Montana. He writes the ID and MT Member's Research Articles. He is currently a law student, but gets out with his bow as much as he can.
Previous Bloodsport’s New Gravedigger Broadheads
Next The Sitka Ascent Series