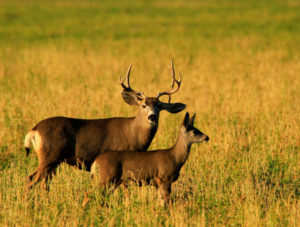 Senate file 60, which would increase non-resident fees, fails in the Wyoming senate.

In a decisive 20-10 vote, the Wyoming Senate voted to kill the Senate File 60 bill that would have increased non-resident fees for deer, elk and antelope in the “special draw” by nearly double. The bill also had a last-minute amendment which would have also increased the costs of sheep, moose, goat and grizzly tags for non-resident hunters.

After reading between the lines it looks like there was much debate on the floor regarding this bill, which surprisingly revolved around the origin of the bill not necessarily the merits of the bill itself. Some senators were skeptical that this bill could hold up to Wyoming constitutionality because it was a revenue generating and taxation bill which would need to originate from the state House instead of the Senate according to the Wyoming State Constitution.

Although done for right now, there is still a slim possibility that this bill becomes a phoenix and rises from the ashes, this time in the state House instead of the Senate.

Senator Larry Hicks of Baggs, Wyoming stated the fact that there are “three times as many non-residents applying for tags each year than there are tags available” and that these proposed fee increases would bring Wyoming’s tag fees “more inline” with the “fair market” value in other competing states throughout the West as the reasoning for the bill.

We will keep you posted if this bill resurfaces in the Wyoming State House of Representatives. Until then, the price hike is dead on the mountain.

Following in the footsteps of his father, Guy has taken up the reins and is now at the helm of the Eastmans’ Hunting Journal and the Eastmans’ Bowhunting Journal. A fine hunter in his own right, Guy has taken several trophy animals and has become an expert in trophy hunting as well.
Previous 10 Most Common Big Game Violations: Part 2
Next California MRS: Things to Watch For