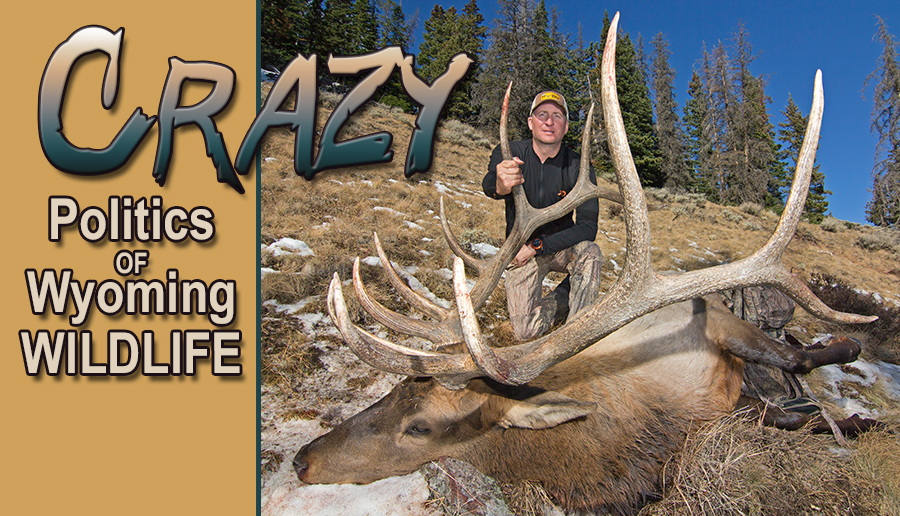 Legislative season is here in Wyoming and once again we have a bill that died in committee which attempted to start a preference point system for residents. We already have a point system for trophy species such as Bighorn Sheep, Moose and Mountain goat. Non-Residents already navigate the point game in Wyoming and as it stands right now, there are many who are sitting at the top of the point pool waiting for the right year to cash in their points.

In our office we have all debated the topic and truthfully we can’t even come to a consensus on what would be the “perfect” system for Wyoming residents. My brother, Ike hasn’t fared very well in our current draw system for elk but on the other hand, I have been able to draw several good tags for bull elk over the last few years. This is an example of one family that shows exactly why some residents so desperately want a point system and others are vehemently opposed.

The idea of building up enough points to cash in eventually, sounds like a great idea to many resident hunters. Hunting a general unit for several years to build up enough points to hunt the prime units of your choice is alluring to many. This year’s iteration of this bill assigned a point for every year that a hunter applies for a limited quota tag and pays the preference point fee. You can also miss a year of applying and still keep the points.

However, this bill died in committee because the majority of Wyoming residents still like to gamble every year and hope to beat the odds. This is the reason that preference point bills have died in the past two legislative sessions in Wyoming. 2014 was a rough year for Wyoming tags in our office but 2015 is a new year with new opportunities to try and beat the odds. The question is, do you want the proposed preference point system?

Following in the footsteps of his father, Guy has taken up the reins and is now at the helm of the Eastmans’ Hunting Journal and the Eastmans’ Bowhunting Journal. A fine hunter in his own right, Guy has taken several trophy animals and has become an expert in trophy hunting as well.
Previous Eastmans’ Tips For A Flexible Layering System!
Next EHTV Webisode: Colorado Elk Hunt with 2011 Hunt Winner Curt Tobias