Trending Posts
Home / Antelope / POACHING-Enough is Enough…or is it? 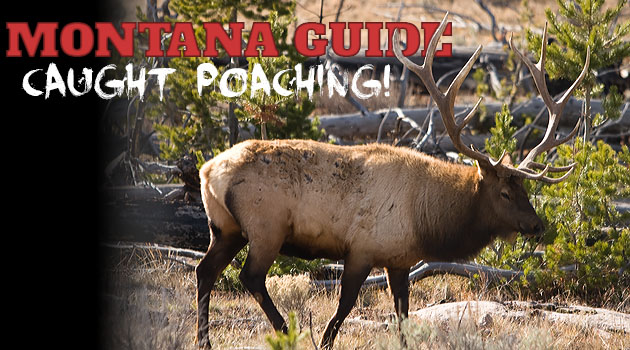 A Montana Poaching Case for the Ages.

The dust has finally settled on a Montana millennial who has been convicted and now charged with a very disturbing poaching binge that has resulted in a lifetime ban from hunting and fishing. But does it even matter?

A logical person might argue-probably not, due to the fact that the offender was already under a hunting and fishing suspension at the time.

Last Friday, 23-year old Branden Schuhen was ordered to pay $33,050 in fines and restitution, complete 500 hours of community service and 10 years of probation along with a lifetime ban from hunting and fishing in the state of Montana for poaching three bull elk, a buck deer, two antelope and two turkeys in one season, all while already under a temporary suspension of his hunting and fishing privileges for trespassing while hunting in Montana.

When the game and fish arrived at Schuhen’s home to interview him regarding a poaching tip they had received he was caught desperately running out the back door of his home packing two antelope skulls.

Game and Fish authorities received a tip from a party goer who had noticed three freshly caped out trophy bull elk skulls sitting in Schuhen’s garage during a party at the home outside of Billings, Montana in early October.

Three big bull elk skulls freshly caped out well before the Montana rifle season opens would certainly be suspect by anyone that regularly hunts in Montana. And the tipster’s gut feeling was correct, as the local game wardens searched Schuhen’s social media accounts only to find a pile of evidence including the three bulls, an antelope buck and two turkey kills.

A simple look up in the Montana state licensing database concluded that Schuhen was not capable of purchasing and therefore had no hunting or fishing licenses in Montana for any of the posted hunts and trophies in question-trophy greed and social media narcissism combine to get another one!

Following the initial interview Schuhen complied fully with Game and Fish officials to give detailed explanations of his acts and even went so far as to show them in person many of the kill sights along with full explanations of the deeds themselves.

In a predictable millennial, “insta-famous” move, Schuhen was disturbed that news of his criminal charges had spread through social media channels like wildfire and he’d heard from people he didn’t even know, who “let me know how little they thought of me.” Probably folks like my friend Rod who have waited nearly 17-years at a chance to draw a tag and hunt a bull elk in this very limited trophy elk area.

Mr. Schuhen will not be allowed to hunt or fish in 45 states (soon to be 49) ever again, but is that penalty enough? The original charges carried a fine of up to $250,000, 25 years in prison and a lifetime forfeiture of hunting and fishing rights. The conviction ended up being no jail time, and a significantly reduced fine, by 88%. He was suspended from hunting and fishing when these crimes were acted on. And to top it all off Kevin Schuhen was working as a guide in Montana at the time. He has since moved to another state, probably one not in the Interstate Wildlife Violator Compact. Hello Hawaii.

One question still remains after this egregious poaching case, are we doing enough about poaching in this country?

Following in the footsteps of his father, Guy has taken up the reins and is now at the helm of the Eastmans’ Hunting Journal and the Eastmans’ Bowhunting Journal. A fine hunter in his own right, Guy has taken several trophy animals and has become an expert in trophy hunting as well.
Previous DIY Archery Elk Hunt!
Next Vortex Fury HD 5000 Range Finding Binocular Giveaway