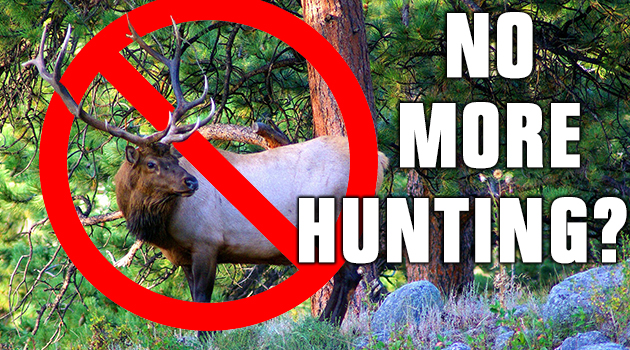 With the big game applications season upon us, for some, a very critical question at this point in time is, will the CoronaVirus pandemic risk your hunting season? I think it fair to say at this point, there is a very low probability of that actually happening. Right now, I would put the chances of our fall big game seasons in the West being at risk of cancelation at about 10%-15%. Based on some of the most up to date modeling by the CDC and others, we should be well on our way to a reduction in cases by mid-May and nearly back to normal by mid to late June. If this modeling is in fact correct, I think it fair to say our September and October seasons should be safe, for now. But, as we have seen anything could change.

The spring and summer seasons will not be so lucky however. The state of Nebraska just this morning announced they are halting the sale of all nonresident turkey tags and will probably end up canceling spring turkey season altogether. I fully expect this to become the norm throughout the West when it comes to spring turkey and black bear seasons. I’m not exactly sure why hunting is considered a “non-essential dangerous activity” when it comes to social distancing, as the very nature of the sport is pretty much the definition of social distancing at its finest. Maybe it has more to do with department personnel and that would be understandable given the current situation I guess.

Many of the early fall/summer hunts up North are very likely to be significantly disrupted however. Many of these seasons start on the 15th of July and are very reliant on-air travel which is sure to have a very delayed rebound once this is over. I have heard speculation that full air travel, even domestically, is likely to not resume to normal until mid to late fall. The hunting seasons in New Zealand and Argentina have been completely canceled while the summer hunts in Africa are at a very high level of risk at this point. One thing is for sure, there could be some very big opportunities for cancelation hunts this year.

As for the draws, I have a feeling we could see a fairly significant reduction in demand inside the draw system this year. Based on economic circumstances I think more applicants will look seriously at the points only option this year. There is also a risk factor at play here as well, as many applicants, particularly from the eastern US might not want to risk the possibility of a season cancelation or major travel disruption come hunting season, therefore making the points only option the best, safest option for them given the risk associated with the uncertainty of the current situation.

This theory is further supported by the information that has come to me as of late out of the state of Montana. Where an insider to the system has told me that nonresident applications for deer and elk hunts for the current big game draw with a looming deadline, could be down as much as 37% at this point. Needless to say, a 37% decline in applicants would be a major hit financially to the states, but could bode well for the applicants inside the system who do accept the risk and actually apply for the tags.

Time will certainly tell, but I think it is safe to say, our hunting season should go on as expected this fall, and we could even see a bit of an uptick in actual draw odds this year. I know with many of my applications, I am strategically applying for tags that may have normally been one tier above my current point levels, in hopes of taking advantage of the current situation to snag a tag that would otherwise be a little bit out of my current point reach.

Following in the footsteps of his father, Guy has taken up the reins and is now at the helm of the Eastmans’ Hunting Journal and the Eastmans’ Bowhunting Journal. A fine hunter in his own right, Guy has taken several trophy animals and has become an expert in trophy hunting as well.
Previous GRIZZLY ATTACK SURVIVOR back in the woods! Bow Hunting Montana Elk
Next What Is Eastmans’ TAGHUB?