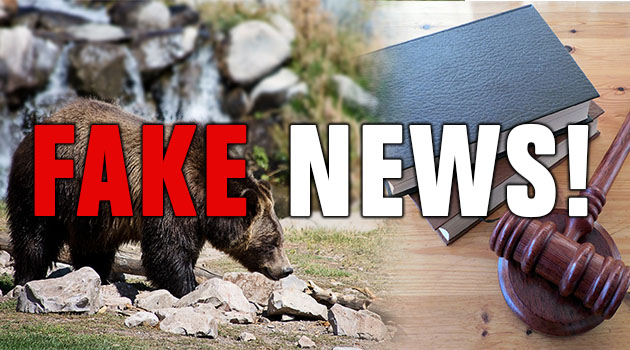 On July 8, 2020, the Ninth Circuit Court of Appeals filed its ruling on the appeal taken from the US District Court in Montana related to the delisting of the Yellowstone grizzly bear population in the case commonly referred to as Crow Indian Tribe v. State of Wyoming.  Since that time, many pro-bear and anti-hunting publications declared the ruling a major victory for stopping the delisting of the bears under the Endangered Species Act.  However, nothing further could be from the truth.

If you read the opinion, which is quite dry but informative, it shows how wrong all the groups are that oppose the delisting of Yellowstone’s grizzly population.  The opinion–which at times can be dry and difficult to read–is actually well-written and does not side with continued listing of the Yellowstone grizzly population as many would have the common reader believe.  In fact, the Ninth Circuit provided a roadmap which if followed would gut any new and arbitrary issues that the people opposing delisting may try to raise based upon science, leaving only emotional reasons to stand in the way of the delisting.

The opinion starts out quoting the University of Montana’s fight song:  “And the squeal of the pig will float through the air; From the tummy of the grizzly bear.”  Not only is that the best line from any fight song in the history of mankind, but reading it at the beginning of the opinion hints at what is to come.  It’s no secret that one big proponent of the delisting of the grizzly bears in the Yellowstone area is the farm and ranch community.  After laying out the history of the Endangered Species Act of 1973 and its specific relation to grizzly bears, Circuit Judge Mary M. Schroeder (writing the opinion for the three-judge panel) turned to the issues related to the US Fish and Wildlife Service’s long-standing and invested study of the Yellowstone grizzly population.  Specifically at issue was the FWS’s 2007 and 2017 comprehensive plan to study the specific population for potential delisting.  That’s where things got interesting.

By way of background, FWS first identified in 2007 the Yellowstone grizzly population as a distinct population segment within the meaning of the ESA.  After litigation ensued, the FWS was required to consider further issues before being able to delist the specific population, which it did again in 2017.  More litigation followed with the same result—the district court judge in Montana vacated the delisting.

The critical oversight made by those that would have readers believe this is a major victory for the anti-delisting crowd is that this opinion did not affirm the Montana judge’s vacating of FWS’s delisting efforts.  This opinion merely remanded the case back to the same judge for further consideration on specific issues.  The Ninth Circuit held that the Montana judge incorrectly applied certain sections of the ESA and relieved the FWS of the obligation that it must consider the impact of the delisting on the remnant grizzly population.  The FWS only need to determine whether the delisting will not further threaten the rest of the population.  This is a much easier task.

Second, the Ninth Circuit ordered that the FWS needed to establish that the genetic health of the Yellowstone population would remain healthy if the delisting stood.  This is easily accomplished, especially given the ability to translocate bears from other populations so that in-breeding is not an issue.

Finally, the Ninth Circuit required that the FWS commit to a plan for recalibration (related specifically to population estimators) that was called for in the 2007 plan but was inexplicably dropped from the 2017 delisting order.  FWS claims that the states involved–namely Wyoming, Montana and Idaho—committed to continued use of the current population estimation methods but the Ninth Circuit felt it appropriate to require the FWS to consider additional methodologies for calculating/estimating the Yellowstone grizzly populations in the future.  That way if one or more states begin using different methods to estimate populations, the FWS can account for those differences and model their own estimations for purposes of monitoring bear numbers.

The current FWS administration has too much invested, along with all the other parties seeking delisting, to let this go without a fight.  States have a vested interest in protecting the overall viability of their resources.  Private ranchers/farmers, hunting industry professionals and conservation organizations align themselves with the FWS and the various states because of the growing concern the Yellowstone grizzly population is causing as it expands.

This opinion isn’t a “win” for those opposing the delisting of the Yellowstone grizzly bears from protection under the ESA.  Far from it.  This opinion merely remanded the case back to the Montana judge so that FWS will dot the i’s and cross the t’s before final delisting occurs.

Jason Peak is a practicing attorney licensed in Nevada and California. He specializes in civil litigation and holds the highest distinction as a Martindale-Hubbell AV-rated attorney. After receiving a B.A. from the University of Nevada in Criminal Justice and Juris Doctor from Willamette University in Salem, Oregon, he grew his practice into one of the largest Nevada-only civil litigation firms in the state. Jason uses his legal background to help hunters maneuver the legal maze of hunting regulations and rules. He is always willing to help hunters with any questions they may have. Jason loves bowhunting and chases trophy big game from California to Wyoming with the occasional stint in Kansas hunting whitetails.
Previous Quietkat Giveaway with Eastmans’ TagHub
Next Kestrel Ballistics Giveaway!