Trending Posts
Home / General / Am I My Brother’s Keeper?

Am I My Brother’s Keeper? 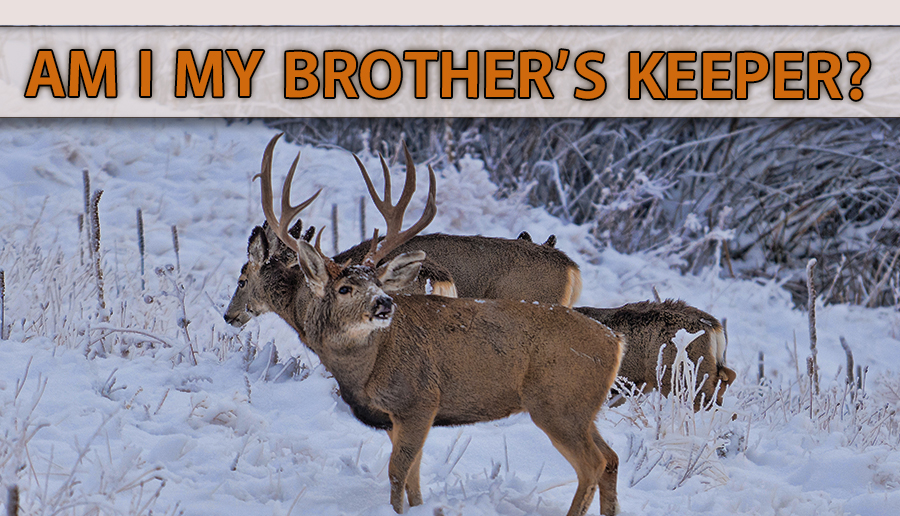 When Cain killed Abel he had the audacity to ask God if he was his brother’s keeper. Many hunters have probably done the same thing over the years, turning a blind eye when one of their brothers or hunting buddies have committed a hunting violation. The state of Washington has decided that they needed to up the ante and encourage people to be their brother’s keeper.

If you turn in a poacher in Washington state you could earn as many as 10 bonus points depending on the severity of the incident. You read that right. That would literally put you 10 years ahead of the people you were sharing a point pool with. Depending on the circumstances and the hunt that you were applying for it could put you in or above the max point pool.

My guess is that this program has been fairly effective because 90 people have received bonus points. I don’t know that family and friends have started to turn each other in for a fact but I would have to believe that an incentive like this would certainly make it tougher to turn a blind eye when a violation happens in hunting camp.

Washington has done a very good thing here. People with integrity have always been a boon to wardens, who are stretched thin as it is. Hopefully this program encourages more people to follow the law knowing that the reward is much higher for those who turn in poachers.

Can you imagine what a program like this would do in a state like Colorado or Arizona where one point can mean the difference between a tag or no tag at all? Multiple points as a reward could send someone who reports an incident above the max point pool and guarantee a tag. Applicants who are multiple points behind could suddenly find themselves at the front of the line for say, a tag for mule deer on the Arizona Strip. How would you feel about about moving to the front of the line and cutting years off your wait?

What say you? Would you be in favor of a system like this in your own state?